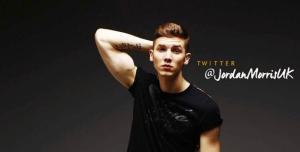 Born in London, England on August 12th 1994, 19-Year Old Jordan Dominic Morris was destined for great things from the very beginning.
The influences of the urban North West London scene would soon become apparent in his artistry and he became a regular performer at open mics and underground performances throughout London, winning the favor and support of major UK industry players like Jamal Edwards of SBTV and producers Zay-D. Jordan went on to record music with UK recording artist ‘Faith SFX’, building on his knowledge of music, he fell in love with the sounds of artists like Lemar, Robin Thicke, Brian McKnight and Justin Timberlake. “I just want to be the best artist I can be, I’ve been inspired by so many talented people from all over the world and I feel like I owe it to anyone who supports me on my journey to simply make them feel something when they listen to my music”. In May 2013, Jordan signed a management contract with Jareiq ‘JQ’ Kabara, President, Creative Director at The LDN Agency. Impressed by Jordan’s artistic tenacity, JQ partnered with Music Producer Sasha Farhadian and Business Executive Azos L. Rashid to create independent label ‘IQMG’ ultimately signing Jordan Morris as their flagship artist. With many exciting plans in the pipeline for Jordan Morris, 2014 looks to be a year of great success for the #TeamJM movement.

**Special thanks to Solo Suspex